How to get a great congas recording
Posted on February 25, 2021 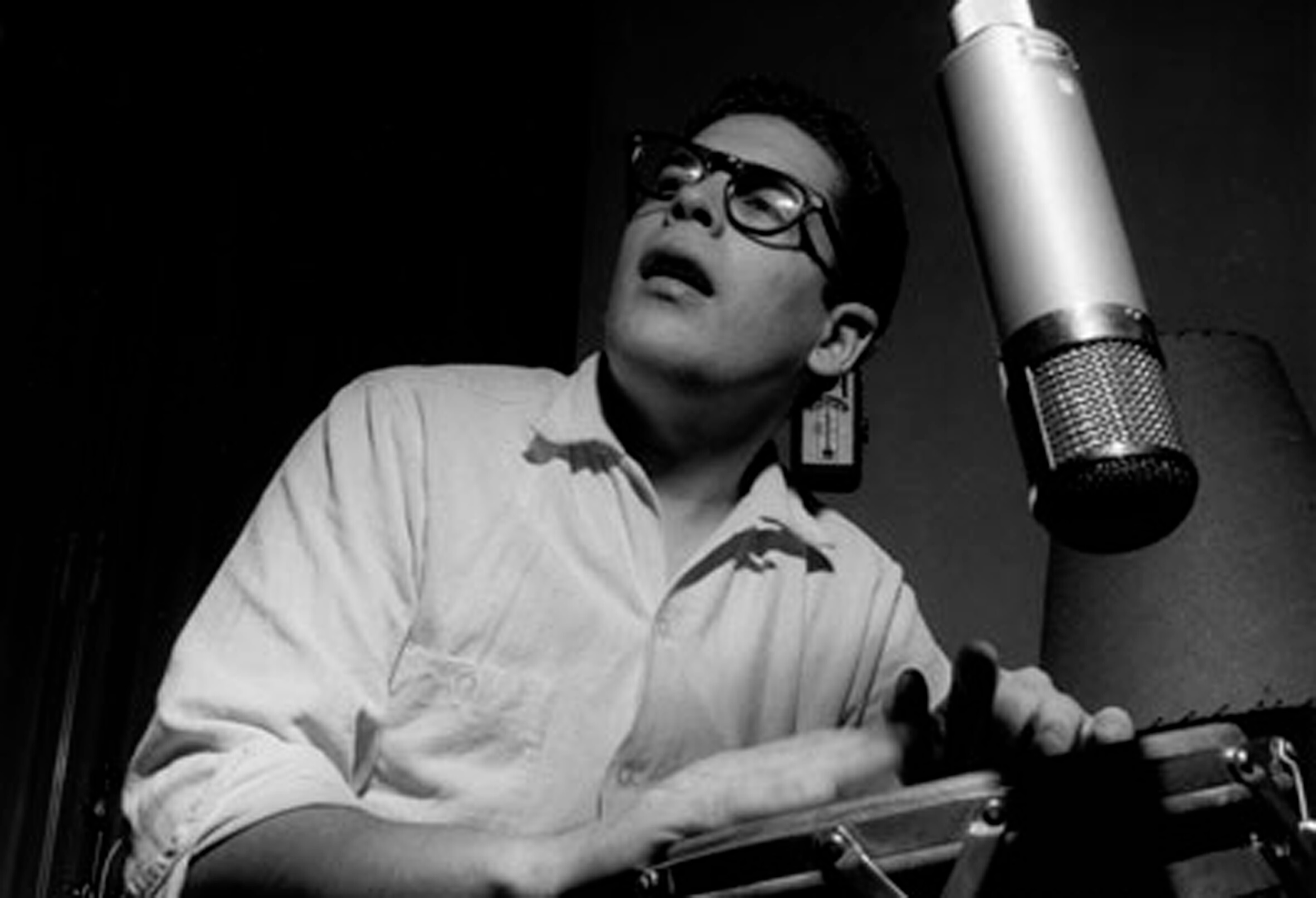 How to get a great congas recording

Congas, originally called “Tumbadoras”, are perhaps the most popular drums in the world after those included in a conventional Drumset. They are a Cuban adaptation of ancient African drums of Bantu and Yoruba origin and have spread across countries and music genres due to the immense worldwide influence of Cuban music in the 20th century.

They are often very poorly recorded in “western music”. Probably because they are seen as simply an extra flavour, subordinated to the main role of the drumset. That can be the case sometimes, but more often than not, their function is to complement what the drumset is doing, creating a unified groove, the same way horns are traditionally arranged to perform as a brass section.

I’ve lost count how many sessions I’ve been to, where the engineer spends 5 hours getting the drumset to sound “perfect”, trying 12 different mics on the snare and putting it in 25 different angles, to then spend 30 seconds on the congas and “just throw a 57 on it”.

Now, don’t get me wrong, given the right conditions, you can get a fantastic conga sound by just doing exactly that, but unless you have Ray Barretto playing a classic Gon Bops Oak set from 1972, you might want to give it a little more attention. I guarantee you, the improvement will shock you. Here’s a list of factors that will dramatically improve the sound of your congas’ recordings. 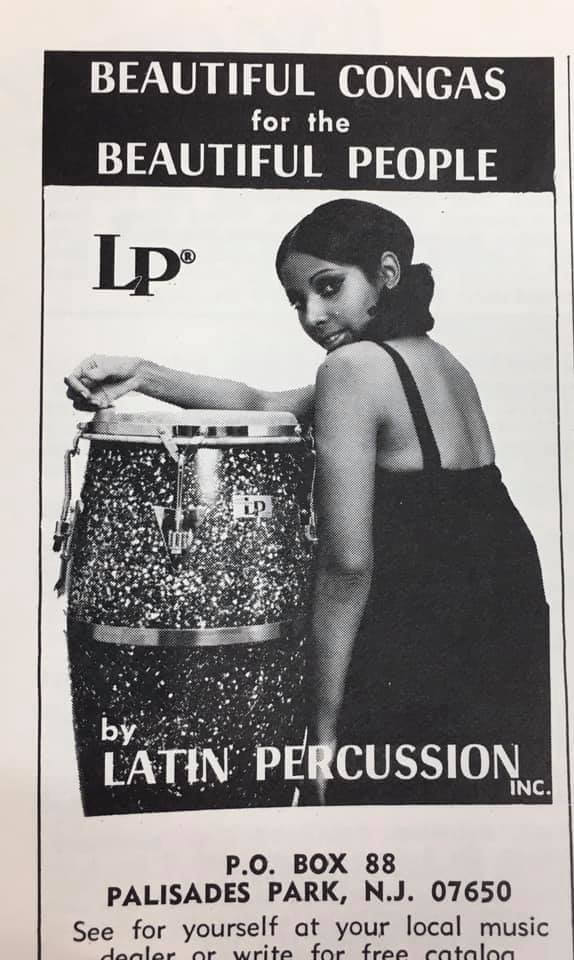 The same Ray Barretto playing on that insane Gon Bops set would sound like shit if he didn’t spend the necessary time tuning. And please don’t go all “Duh!” on me. I’ve seen countless producers, percussionists and engineers completely neglecting this absolutely fundamental step. Sometimes they don’t even have a tuning wrench. When they do, they often use it to tune them all the way up, making their pitch very high. This is so common for two reasons: 1) it makes it easier to mix and 2) makes the “slap” tone sound louder, which gives less experienced percussionists an easy way-out at that crucial time of proving their skills in a recording setting.

Congas, due to their sizing, have an optimal range where they shine and reveal all their tonal character. That range has to be determined with the song situation in mind. For example, if you’re recording a typical Salsa song, the Congas are the central axis of the whole rhythm section. The equivalent to a combination Snare/Kick/Hats in a Rock song. In this example, the Tumba (low drum) takes the place a Kick would traditionally take in the mix (below 200 Hz) and the Conga (high drum) takes the place of the Snare (between 500 Hz and 1Khz).

Meanwhile, if you are recording a Latin Rock track, with Congas alongside a Drumset, you should tune the Tumba Right above the Kick and the Conga right above the Snare. It’s essential to choose which note to tune the Congas to. There is no formula and you should always experiment with different options because there are too many variables that will determine whether the congas will sound good or not in the song’s context (song’s key, progressions used, drum set tuning, etc) . Trust your ears. Start with the Conga (the smaller of the two) and always try to hear how it sounds in relation to all other instruments.

One thing to bare in mind is that Conga and the Tumba should not be tuned to the same note. Intervals of 4 are perhaps the most popular. For example, if you’ve determined the conga sounds best tuned to C in a tune you should tune the Tumba to F (the 4th of C). Use a tuner so you can bring the tone close enough to the note (like you would do with any melodic instrument).

If you’re having difficulty tuning the congas up and down, or you want to save time, get them to sound solid on a certain note and then record a few bars. Use a pitch shifter on the channel so you can hear an approximation of how they would sound in a lower of higher tuning. Once you have found the right pitch, don’t fall on the temptation of leaving them as they are and just using the pitch shifter rather than tuning them to that new found best pitch. I can ensure you, the sound will never be as good.

2) Get rid of awful overtones

You got the tuning right and you’re happy with how it sounds in the context of the song but every time you play an open tone, you get this horrible sharp “ping” sound that seems to come out of nowhere and it’s just horrible? This is a very common problem. Especially noticeable on drums with brand new heads  and caused by parallel sound waves forming inside the drum shell. There’s two main ways of treating it, depending on how bad it is:

Method A) Place a generous portion of tape near the center of the drum, away from the playing area. Please go for Cotton / Cloth or any other sort suitable for direct contact with Skin. NEVER use duct, scotch or packing tape. This will leave glue residue and potentially ruin the heads if left there too long. If it doesn’t work, you need to go for…

Method B) Here you place a piece of wood inside of the conga, causing the sound waves to bounce in all different directions and therefore removing the undesired overtone. Exactly the same that Diffusers do for the acoustic treatment of a studio. Here’s how:

Get a piece of wood (a 10 cm long 5cm x 5cm log has done wonders for me several times) and drill a small hole through it. Put a long wire through it and make a nod right after it’s gone through, to make sure it stays in the same place. The two ends of that wire will be tightened around the screws that hold the tuning frame plate against the wood. These are inside the drum shell. To get access, remove the head (loosen up all tuning nuts). Loosen up two opposite screws and wrap a piece of wire around them. Once they are firmly in place, tighten up the screws again. Make sure the piece of wood is fixed in the middle and doesn’t touch neither the shelf nor the head. Test carefully. There’s many other things you could be doing in the studio that are more fun than this hack so make sure it’s solid. Once you’re totally sure, put the head back on and tighten up the tuning nuts.

3) Make sure the congas are standing on a hard surface

Many studios have carpeted floors or will just make sure your congas have a fancy thick persian rug under. That’s what’s supposed to be done with drumsets so it must be good for congas too right? No. It’s actually pretty bad. It kills the crisp of your slaps and accentuated hits and makes them dull. The solution is very simple: if the studio has a wooden or concrete floor, just place the congas directly there.

If you want even better results, LP and Meinl sell Conga rubber risers. You place them at the bottom edge of the drums and they are elevated about 5 cm from the floor. This gives your sound a lot more body and a longer release, especially for the tumba.

4) Avoid synthetic skins if you can

Synthetic skins are a very practical solution for playing live, where natural skins can always react dramatically to changes in temperature and humidity, losing their tuning. However, in the controlled environment of a studio, such changes are not a factor. Natural skins are widely believed to have a more rounded, balanced and warm tone than their synthetic counterpart. They are also harder to play and less forgiving on your fingers, but once you learn how to play them and tune them right, the result will be much more pleasant and organic.